All They Will Call You: The Telling of the Plane Wreck at Los Gatos Canyon 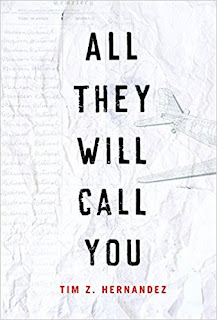 The crops are all in and the peaches are rottnin’
The oranges are piled in yer creosote dumps
Yer flyin’ em back to the Mexican border
To pay all their money to wade back again
Goodbye to my Juan, goodbye Rosalita
Adios mis amigos, Jesus y Maria
You won’t have a name when you ride the big airplane
All they will call you will be…deportee.

Ever since the Great Depression, the US has had a “revolving door” policy tied to its capitalist economy. When the economy starts to pick up, the door opens to immigration as a source of cheap labor; and when times get tough—immigrants (“illegals”) are the first to be blamed, rounded up and deported.[1]

In 1942, with increased demands for production, the US and Mexico initiated the Bracero program, which brought millions of Mexican “guest” workers to US agricultural fields in California and Texas. This program was immensely profitable for the large growers, who used it to thwart unionizing efforts and drive down wages of all agricultural workers.[2] By the autumn of 1947, soon after World War II ended, Mexican labor became dispensable, and more than 600,000 were rounded up and sent back to Mexico—even though many were US citizens.

On a cold winter morning on January 28, 1948, a plane crash at Los Gatos, California—what was then called “the worst airplane disaster in California’s history”—claimed the lives of 32 passengers, including 28 Mexican agricultural workers.[3] At the time of their deaths, these Mexican citizens were in the process of being deported by the US government.

Within a few days of the crash, the members of the flight crew had been identified and their remains collected and returned to their families and communities. But the Mexican citizens on board remained anonymous—and newspaper stories for that day referred to them only as “deportees.” When their charred remains were interred in an unmarked mass grave in the Central Valley, the records of Holy Cross Cemetery identified each person simply as a “Mexican National.”

Just a few days after the tragedy, on February 3, the great Woody Guthrie, protesting the anonymity of these farm workers and their tragic deaths, penned a poem entitled “Plane Wreck at Los Gatos (Deportee).” Guthrie’s poem later became a song and, through the years, Pete Seeger, Joan Baez, Dolly Parton, Bob Dylan, and Bruce Springsteen have brought it to wide audiences.

Inspired by the song and motivated by his dying grandfather’s memories of life as a campesino—and with a combination of dogged journalistic spirit and empathy, heart and Chicanismo—Hernández set out to uncover the family stories of these passengers. The search, he writes, “required traveling six decades back in time, to numerous cities, ranchos, and barrios, in three countries, three languages, with limited resources, and only a single shred of old newspaper as the clue.” Hernández was eventually able to locate the families of seven of the “anonymous” agricultural workers who perished in the crash. Here, readers—told from the beginning when and how these campesinos would meet their tragic deaths—come to know them as real people with families, friends and communities; real people with impossibly difficult lives and also with loves and passions and dreams.

Major sections—“The Witnessing,” “The Stories” and “They’re Flyin’ ‘em Back,”—begin with a line from the song, and readers will find as well several aged, almost unrecognizable black-and-white family photos mixed in. Together, this approach effectively sets each telling into a time and place, and encourages readers to want to learn more.

These engaging, sometimes heartbreaking stories are circular and multilayered. Often beginning decades after the tragedy with a relative’s memory told contemporaneously, Hernández’s own recreations connect the tellings and take them back in time. Here, Ramón, as a young man about to head north, stops at the community’s ejido:

The whispers of birds in the nearby bushes could be heard. In the perfect silence of the evening, Ramón looked across the ejido and could almost envision the well. He could see the glistening rows of water and hear the infinite trickling of a stream. It was the sound of (the community’s) success. His own success. He could see the corn growing to unfathomable heights, garbanzos as large as fists. The fertile earth a shade of red, umber, its scent wafting like a sash across his chest. There was only one choice. As much as he hated to admit it, el Norte was the only solution.

With the community depending on him, Ramón tells his wife: “Necesito ir pa’l Norte…. I have to, mi amor. It’s the only choice.”

Above all, the narratives—what the relatives wanted to tell—are stories of humanity and kindness. Here, Jaime tells of how he remembers his uncle, Guadalupe:

“My uncle was a very tall man, and oftentimes, when he would go, he would cross el Río Bravo, and he would help the women and children cross by carrying them on his back, or on his shoulders. Yes, my uncle did that, and people knew him for that. How he would help people cross.”

As they read the events on the day of the tragedy—interspersed with recollections from before—readers will have become familiar with, not only the campesinos themselves, but also their families and communities. Early that morning, for instance, Luis is looking at Casimira’s photograph and is excited about their upcoming wedding. It’s forty-one degrees in downtown San Francisco, and the passengers are boarding the bus that will take them across the Bay Bridge toward Oakland. When they arrive at the Oakland Municipal Airport, a member of the flight crew instructs them: “Formen una sola linea, por favor.”

A light gust of wind blew José Sánchez Valdivia’s baseball cap off his head, and he scooped it up before it had a chance to go skipping down the tarmac…. Everyone made small talk to pass the time…. The air was frigid still, and María huddled against her husband, Lupe. Ramón and Guadalupe spoke of plans for the ejido, and how it would be nice to return home again…

The family members’ tellings, in all their intimacy and love, are beautiful to read—all the more so because we know how these stories end. The events before, during and after the crash, in all their minute detail, are painful to read, but high school students will gain an empathetic perspective, the scope of which they may never have experienced before.

While these family tellings maintain the loving intimacy of relatives, friends and communities, Hernández’s journalistic perspective places readers into the picture that’s generally seen only in headlines or sanitized stories. With detail as important as the family stories, he writes, for instance, about the degradation of the fitness evaluations—which he calls the “bracero entrance exam”—that guaranteed that only those who were fit enough to be field laborers, yet “would not look to raise trouble” were deemed capable of enduring life as braceros in el Norte.

It was not until 1989—more than 40 years after the tragedy—that Jaime Ramírez, carrying with him a newspaper clipping from 1974, which had a list of those who had been killed in the crash—was able to find the unmarked gravesite where his grandfather, Ramon Paredes and uncle, Guadalupe Ramírez Lara, were buried. He showed the list to Hernández in 2013, and gave him an audiotape of Woody Guthrie’s song. “Had it not been for the song,” Hernández writes, “I would’ve never known about the plane crash in the first place. The song, by all definitions, was the beacon.”

There is much more to All They Will Call You, including stories of the flight crew members; Hernández’s interview with Pete Seeger; the story of a troubled young man named Marty Hoffman, who wrote the music; an account of the day of the memorial headstone celebration; photographs of the author with some of the families; and a long, long list of acknowledgements.

…here, where the world is undone, and their bodies are remade, their spirits rise in star-flecked spirals. The pooling blood runs backwards, their splintered hearts come together. I know all their names. I will call them, and they will come…

In All They Will Call You, Hernández transforms his tape recorder into a tool for gathering stories. “While the telling itself is true,” he writes, “its loyalty is not to people of fact but rather to people of memory…. In this way, it’s inevitable that some rememberings will contradict other rememberings…. In this case, perception is truth.”

There is no pretense of objectivity here, nor should there be. Trusting in the multiple rememberings and perceptions of the tellers here—rather than attempting to sift out or retell one “truth” of a story—is the mark of a brilliant advocacy journalist.

Indeed, All They Will Call You is intense and compassionate, and places teen readers into the stories and struggles that have at least as much meaning today as they did almost seven decades ago. And together, they serve as a model for readers considering a career in the kind of journalism that speaks truths about power.

Especially now, in these dark and dangerous times, it’s important for readers to know the “deportees,” how hard they worked and shared with their communities. They were disrespected in life, and in death, they were just tossed away. All They Will Call You is a humbling book that honors and memorializes these “deportees” and all the humble people whose backbreaking work puts food on our tables. To say the least, it’s major Pulitzer Prize material.

[3] This is the number that was officially recorded; there may have been as many as 39 Mexican passengers on board.