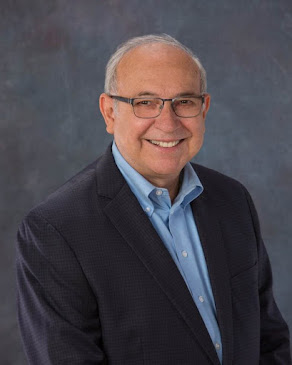 Authors don’t often get second chances. When a book is published, it’s published, with all its reviews—the good, the bad, and the mixed. Francisco X. Stork is a happy exception. This past May, his novel On the Hook came out from Scholastic, to great acclaim, including on this site (lynmillerlachmann.com). This 2021 book for teen readers is a reimagining of his 2006 YA novel Behind the Eyes. Today, Francisco visits the blog to talk about how his writing has evolved over the past 15 years and what has changed in Hector’s story from then to now. In addition to Behind the Eyes and On the Hook, Francisco X. Stork is the author of the YA novels Marcelo in the Real World (2009), The Last Summer of the Death Warriors (2010), Irises (2012), The Memory of Light (2016), Disappeared (2017, and Illegal: A Disappeared Novel (2020).

LML: You’ve talked about how you rethought and rewrote your earlier YA novel, Behind the Eyes, to turn it into On the Hook. How did that original story come about?

FXS: I wrote Behind the Eyes (some fifteen years ago) when my son and daughter were teenagers. They were living a comfortable life in the suburbs of Boston, headed to good colleges, and I wanted them to see a different side of life, so I wrote about Hector, a young man growing up poor and afraid in the housing projects of El Paso. Hector’s story was based on my own story growing up in El Paso. I lived in the same housing projects that are depicted in the novel and, like Hector, I lived with fear of getting noticed. 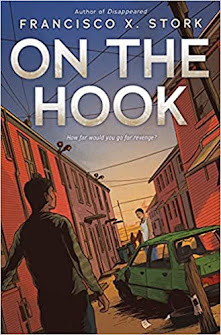 Why did you choose to rewrite an old, out of print book rather than leaving it behind completely?

I really love Behind the Eyes. I’m very proud of the book that opened the doors for me to the world of young adult literature. There is no doubt in my mind that it is the best book I could have written at the time. But a few years after it was published, I began to see that there was untapped potential in Hector’s story. Hector’s story was not reaching some of the young men who were caught in a cycle of hatred and violence. I am grateful to Arthur Levine who saw what I saw and gave me the opportunity recreate Hector’s story.

How did the novel change in the course of your rewrite? How much of the change had to do with your development as a writer and how much with changes in the outside world?

On the Hook takes some of the existing characters and settings and turns them into a new story. The characters that remain, while they retain their old names, are different, more complex and more real. It is no longer just Hector’s story, but it is also the story of Hector’s antagonist, Joey. There are relationships that were not there before like the friendship between Hector and Azi. Most of all, Hector’s character and actions are a balance of interiority and agency that was only possible for me to create after many years of writing, after the publication of six other novels. I hope also that I am wiser than I was fifteen years ago! I know for sure that I am more acquainted with the debilitating and destructive effects of hatred (both in myself and in society) than I was then.

How might On the Hook speak more to young readers today? What do you want them to take away from this book?

Hector’s story is a current story. It reflects the way that hatred has become prevalent and even considered “normal” in today’s world. I hope that the book becomes a meditation on violence and hatred, on how it grows and how we might see a way to take the energy of anger and hatred and put it into the hard task of finding common ground with others.

What’s next for your writing? Do you have plans to stay with young adult fiction or move into another category or genre?

I am working on a young adult novel now that will come out late next year. I’m switching gears a little and writing a love story. I don’t have any ideas for any fiction work after that. I’m open to writing another young adult novel if the inspiration comes. I’m happy writing about and for young people and am not interested in writing adult fiction. In the back of my mind there is the seed of an idea about writing a book about the practice of writing for young writers. So, maybe.

Thank you! I look forward to the new novel!

(Lyn originally interviewed Francisco X. Stork for her blog, lynmillerlachmann.com. Thank you, Lyn, for permission to share this interview on De Colores (decoloresreviews.blogspot.com.).

Email ThisBlogThis!Share to TwitterShare to FacebookShare to Pinterest
Labels: Behind the Eyes, Francisco X. Stork, Lyn Miller-Lachmann, Mexican American, On the Hook