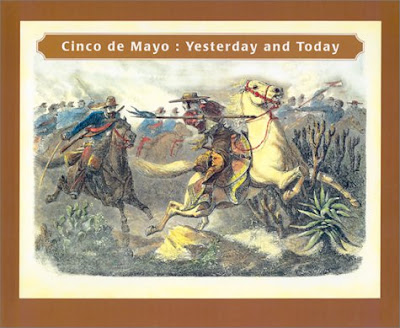 This picture book is about the Battle of Puebla, when, on May 5, 1862, outnumbered and poorly armed Mexican forces won an historic victory against the French colonial army. The battle is celebrated yearly on the fifth of May—El Cinco de Mayo—and memorialized with a holiday in regions of Mexico and Mexican-American communities. What makes this book special is that it places engravings that appeared in the French media at the time of the battle alongside color photographs of a contemporary reenactment of the battle at a celebration that took place in San Miguel Tlaixpan, Mexico. The historical accounts are based on war reports by the Mexican generals, and the text is based on contemporary oral accounts from festival participants. This seamless interweaving of history and legend is highly recommended.