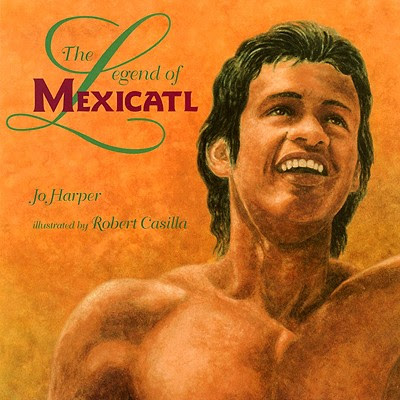 First off, it was hard for me to tell whether this story was supposed to be about the Mexica (Aztecs), or if it was really about Jesus. The story is about a boy, Mexicatl, who is called upon by a generic “Great Spirit” to eventually lead his people to their promised land. Upon opening the book to the first page, I was struck by how much the first illustration appears like so many nativity scenes that one would expect to find in a church. Although this will probably make the book appealing to Catholics with Mexican roots, it does not tell us anything about the Mexica people. There are many accounts about the journey that the Mexica took from Aztlán to what is now Mexico City. Some of these are Native accounts while others are colonial Spanish stories. Amidst all the academic argument and speculation, all the contradiction and inconsistency, the author seems to have found it easy to put forward her version of a “glorious triumph of faith and courage.”

There is something subtle and maybe even insidious about the Christianization of what is not a Christian story. Rather than honor the culture of which the real legend of Mexicatl is a part, it suggests that there is something that needs to be improved by rewriting it and that the Mexica people can be redeemed only by being compared to early Christians. I think that Friar Bernardino de Sahagún, on whose colonizing works this particular version is based, would have been envious that he did not think of manipulating the legend in this way. No doubt he would have put it to good use in his efforts to stamp out from the Mexica any trace of their Native worldview and spirituality.

The one good thing about this book is the illustrations by Robert Casilla, whose wife and son were the models for Mexicatl and his mother. The skin tones are realistic, the facial features are not exaggerated, the people look like real people. The illustrations are actually better than most you would expect to find in children’s books about Mexica, Maya, or Inca. Still, this in itself is not reason to buy the book. Not recommended.