Gabi: A Girl in Pieces 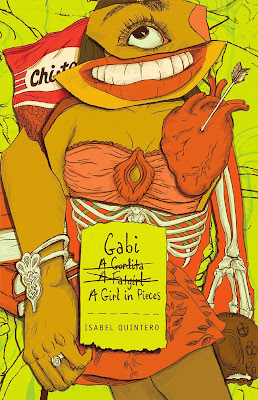 As I’ve made my way through the dozens of books nominated for the Cybils Award in YA Fiction this year—I’m now up to 128—a few have come to stand out. One of my favorites is Isabel Quintero’s debut novel, Gabi: A Girl in Pieces. Quintero’s novel shows that some of the most interesting, innovative, and honest titles come from the small press world.

The novel chronicles Gabi Hernandez’s senior year in high school. Because she skipped a year, she is a little younger than her peers, and she watches as many of them take risks and make difficult or outright bad choices. The story begins with her best friend Cindy’s unplanned pregnancy—the result, Cindy later reveals, of a date rape. Gabi’s mother, and many other mothers in their community, had gotten pregnant by accident and either had had children outside of marriage or married too young, and they warn their daughters: “‘Ojos abiertos, piernas cerradas.’ Eyes open, legs closed.” Still, the girls live in a hyper-sexualized environment that reinforces traditional gender roles and the double standard for women and men. Gabi chafes against the hypocrisy, as does her other best friend Sebastian, who is kicked out of his house when he dared to come out as gay. Gabi’s mother struggles to support the family while her father battles a meth addiction. Gabi’s efforts to connect with her father and to remember the good times are among the most poignant parts of a beautifully written and emotionally gripping story.

Gabi’s voice, her spunk, and her growing acceptance of who she is—a fat girl who seeks comfort in food while trying to live life on her own terms—give Quintero’s novel the kind of unforgettable quality that will make it a classic for teen and adult readers. Structured as a yearlong diary, Gabi: A Girl in Pieces moves forward through vignettes. Poems, play scripts, letters to her father and boyfriend, a hilarious graphic novel, and a list of “INSTRUCTIONS FOR UNDERSTANDING WHAT BOYS WILL BE BOYS REALLY MEANS” are interspersed with the diary entries and reflect perfectly Gabi’s emotions and passion. For example, one of the sardonic instructions reads, “When a girl says no, you might want to consider your position. I don’t think she meant yes. But I’m a girl, so what do I know? But because boys will be boys, you don’t really have to think about it.”

Gabi juggles her own ambitions with the expectations her community and the wider society have for her, and Quintero does a superb job of exploring the tangle of gender roles, body image, and sexuality that teenage girls face. But while Quintero explores universal themes, her language and well-chosen details give this novel a cultural specificity and richness so that it speaks directly to young Latinas while allowing others into the world of its author and protagonist. For instance, in talking about her light skin and how people have trouble believing she’s of Mexican heritage, Gabi observes:

This skin thing always pisses me off. What I need is a nopal on my forehead to let the world know about my roots. One of those flat cactus plants that my grandpa grew behind his house before he died—nopal en la frente. Yup. That would solve all my problems. It would say, “This light-skinned, White-looking young lady is of Mexican descent. Really, she is. Yes, she speaks Spanish. And English too. She is a sight to see, folks, a real marvel. (Unless you travel to Mexico, where there are lots more like her.)” The nopal would solve those problems.

The Spanish is not italicized, nor is there a glossary. One language is not privileged over the other, and readers are trusted to understand meaning from the context. The narrative flows seamlessly and lyrically between languages. 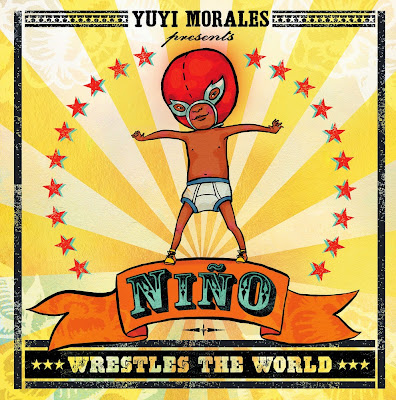 María’s Journey is the fictional story of the Quintera family, one of “eleven brave families [who] were the founders of what is now the city of Los Angeles in September, 1781.”

María, her mother, father, two sisters and baby brother are traveling some 1,000 miles from Los Alamos, Mexico, across the Gulf of California, to Loreto, and finally up to Mission San Gabriel, near where they will build a new settlement. Some travelers have been left behind because of smallpox. When the family finally arrives at the mission,

María saw outdoor cooking fires where women were preparing food. She passed a large vat where cattle hides soaked. She looked up at trees with long, thin brown pods hanging from their branches. She heard the melody of a flute. She found everything interesting and wonderful!

In reality, the California missions were forced labor camps, where incarcerated Indian people were separated from their children, harsh manual labor was enforced by intimidation and brutality, and filthy living conditions were the rule. Indeed, some 100,000 Indian people died or were killed in the missions. But none of this appears in María’s Journey—only the “bravery” of a settler family, and the budding friendship between a settler girl and an unnamed Indian girl.

The [Indian] girl sat down next to María and smiled. She placed a necklace of shells over María’s head. Then María took out the yellow ribbon from her pocket. She pressed it into the girl’s hand. Now María had a new friend in her new home.

The drawings, executed in ink over pencil and filled in with mostly yellow and red watercolors, complement the text. The faces of the Quinteros are inconsistently drawn, and the Indians are either faceless or expressionless. The repeating pattern on every page is María’s yellow ribbon, which, on the last page, is tied into a bow, intertwined with the shell necklace her new friend has given to her.

Part of McGraw-Hill School Division’s “Adventure Books” series, María’s Journey is such a tedious, boring apologia for Manifest Destiny that the best part of it is that it’s only 16 pages, including the title page, three full-page and two half-page illustrations, and a map. Not recommended. 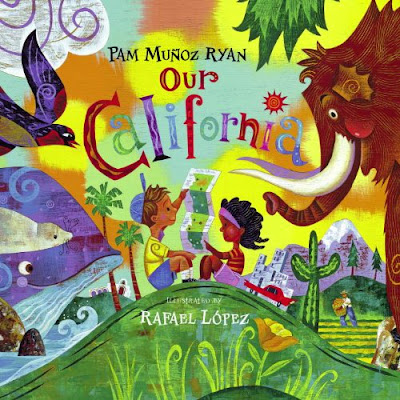 Our California (previously California, Here We Come!) has been re-illustrated and re-designed, with short poems that celebrate 14 of California’s major cities and regions, and back matter that includes state symbols and additional artwork and information about each place.

López’s double-page spreads are stunning. Rendered in bright, bold acrylics on a palette of mostly reds, greens, blues and purples, the paintings are heavily saturated and textured by scratching and scraping the paint on grained wood. Some bring to mind the Mexican muralistas and WPA artists, others have a graphic-novel feel, and still others have a sort of folkloric tone. There is also a good deal of magical realism here. For instance, the spread for “Los Angeles” shows a movie director riding a terrified mastodon, who is stuck in the tautologically named “La Brea Tar Pits” near Hollywood.

However, Ryan’s text—and I cannot say this strongly enough—inculcates in young students the appreciation of the Doctrine of Discovery and Manifest Destiny. Each descriptive spread consists of a rhyming four-line verse that—by disappearing the Indigenous peoples, enslaved people, and super-exploited poor and working people, all of whom actually built California—erases any real history and leaves youngsters with nothing of value. For example,

San Juan Capistrano is where you will learn
about a quaint village where swallows return.
Junipero Serra stopped here on his way
to build a grand mission from adobe clay.

Junipero Serra did not build anything. Rather, it was his padres and soldiers who wreaked havoc—physical and spiritual—on the enslaved Indian people who built the 21 missions that line El Camino Real.

Another example: In the section describing the Central Valley, López’s spread at least shows a few agricultural workers, but Ryan’s text disappears them.

The Great Central Valley, with its plentiful yields,
feeds the whole nation with its orchards and fields.
This rich, thirsty farmland needs water to thrive.
Canals, pumps, and dams keep this valley alive.

The back matter, consisting of 75 bulleted informational items, follows no organizational pattern other than proximity to the geographical locations in the text. Most of the items are incorrect and seem to have been haphazardly plucked out of less-than-authentic sources; and many of them appear to have been written by clueless elementary school students. For instance:

Thousands of years ago Asian hunters migrated to North America through what is now Alaska. Their descendants, the first Californians, later became known as Native Americans.

I could easily deconstruct each textual section, but I won’t bother. Despite López’s excellent artwork, Our California is not recommended.