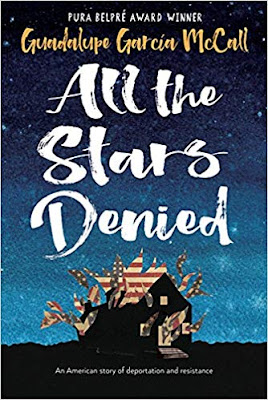 Strong pacing and McCall’s thoughtful, brave, and necessary portrayal of the repatriation.
*Highly recommended for all home, classroom and library collections. 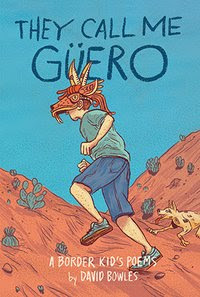 They Call Me Güero is as far from cultural tourism as one can get. Rather, Bowles has taken to heart the advice of his Uncle Joe, who told him this: “Represent us, m’ijo, all the ones they kept down. You are us. We are you.” Indeed, his evocative story-poems are filled with family and culture and memories and sadness and humor and everyday experiences and playful language and hard history lessons, all told in the voice of a Tex-Mex almost-teen the author knows well. Middle-grade readers (especially, but not limited to, border kids) will easily relate to this young person, who easily relates to them.
*Highly recommended for all home, classroom and library collections.


Muchísimas gracias a mi amiga y colega, Judy Zalazar Drummond; and to my young associate, Juan Camilo Prado, for his patient explanation and examples of sneak-dissing. (Addendum to post, 12/7/18: Juan also informed me that there are other, similar forms of rap: "throwing shade" and "the dozens," a series of insults played before a gathering of spectators.)
No comments: