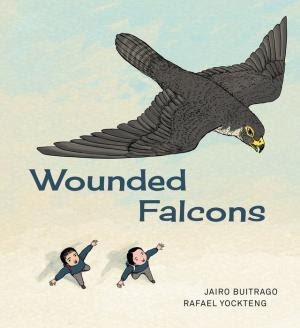 Before going home, the two friends sit in the middle of a garbage-strewn empty lot “that doesn’t belong to anyone, where no one ever comes.” In a clump of grass, Adrián finds a young, wounded falcon, scared and unable to fly. The boy wraps the bird in his jacket to keep her warm, and promises to take care of her.

At home, Adrián looks to his mother for advice about curing the bird’s broken wing—but receives instead a mean-spirited promise: We already know what happened at school…Later, your father will give you what you deserve. The next day, Adrián skips school and meets up with Santiago in the empty lot “where no one ever comes.” Santiago takes him and the falcon to someone who “cures broken bones”—and pays for the treatment with his Christmas money. Together, the two friends gently care for the wounded falcon. And in science class, “even though the others laugh and whisper,” Adrián speaks for the first time, giving a talk “about birds of prey, about their strength, about their beauty.”

Adrián encloses the falcon and her nest in a box he has built and sets it in a tree. When he is sad, he visits with the falcon: “They know each other, they can feel their hearts beating when they are together.”

Weeks later, there is a storm—and the two friends discover that “the falcon has gone with the squalls of rain and the wind.” The next day, they go back to the lot “that belongs to no one, where no one comes.” They look up and see a falcon—like a bolt of lightning—dive from the sky, grab a pigeon in flight—and scream to salute them. Santiago sees tears on his friend’s cheeks: “his friend who never cries, not even when they were both little children.” As the two friends silently go home,

Santiago thinks that Adrián has a big heart, even if he gets into trouble. Tomorrow when they leave school to go to the empty lot that belongs to no one, where no one comes, maybe they can see the falcon hunting again, and they will be closer than ever.

Young readers will intuit that the title—Wounded Falcons—refers to both the bird of prey and the bullied child. For the falcon and Adrián—both wounded and now healing—it will be a good day.

Buitrago’s sparse descriptions and economy of words—together with Yockteng’s digitally-created illustrations that resemble pen-and-ink drawings—lay out the scenarios and encourage young readers to draw their own interpretations and conclusions. The final illustration will surprise them. 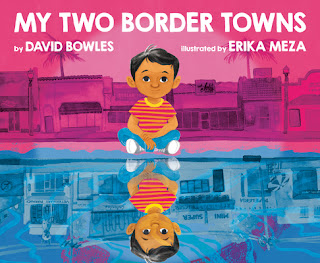 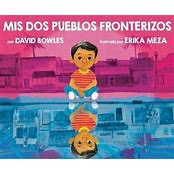 Every other Saturday, a young child’s father wakes him up early. It’s time to go shopping, and then to el Otro Lado—the Other Side, across the U.S.-Mexican border. As they cross, the father reminds his son of the time when the Indigenous people—Coahuiltecans—once lived here, before both riverbanks were Mexico.

For the boy, their shopping trip is a large part of his education. On the way, the child’s dad quietly instills in his young son important values, such as respect for elders. As he holds out a dollar and calls to an elderly newspaper seller, “Aqui tiene, Don Memo. Thanks!”—his dad refers to him as “Don,” an honorific. Although the child appears to be unaware that he is learning something important, he is, in fact, learning. Later, he notices that his dad has tipped another elderly man, Don Chava, for washing his truck.

After breakfast at their favorite restaurán, father and son go shopping. They’ve done this often, and the child recites what’s on the list for their friends: medicine, T-shirts, chanclas, bottled water. And “cold, sweet Gansitos and lots of chewy Glorias, too.” And one last stop, for comics, notebooks, pencils, and game cartridges. “I add the things we bought today,” he tells young readers. “I hope all the kids will enjoy them.”

His dad calls the child’s friends “refugees” …. “stuck between two countries. The U.S. says there’s no room, and Mexico says it can hardly look after their own gente.”

A line of people from the Caribbean and Central America camp along the edge of the bridge, waiting for their numbers to come up; and a border patrol cop, hanging on to his guard dog, suspiciously eyes father and son.

Dad pulls over, and the boy’s young friend, Élder—who lives on the bridge with his mom and siblings—runs to greet him. While he distributes the comics, games, snacks, bottled water and medicine that he and his dad had bought for them, a group of white tourists passes. They look straight ahead, as if the people sitting at the curb with their children and everything they own—hanging laundry, a blanket, a mattress—are invisible. Several women tightly clutch their purses.

The boy may not notice the white tourists who look away, pretending not to see the poverty right in front of them. But the boy’s father tells him and models for him this family’s duty to care for their gente. “I add the things we bought today,” he tells young readers. “I hope all the kids will enjoy them.” (They will. Among the games, snacks and bottles of water are great children’s books: They Call Me Güero and Gustavo, el Fantasmita Tímido.)

Neither Bowles’ Spanish version nor his English is a translation of the other. Rather, he tells the story in Spanish and in English, with each complementing the other. A piece in English reads, for instance, “This town’s a twin of the one where I live…,” and in Spanish reads, “El pueblo es como el nuestro en un espejo…” (“The town is like ours in a mirror…”)

Young readers look intently at the cultural images and define them: In dad and son’s favorite restaurán, a string of delicate papel picado hangs overhead and an altar to the Virgen de Guadalupe and el Niño Dios contains a fresh flower in a glass of water as an offering. As an elder woman flips tortillas with her hands, a waiter carefully balances a large basket full of them and a bowl of salsa, and the boy uses a rolled-up tortilla to scoop up his food.

Other illustrations almost force young readers to notice things they otherwise might not. A white woman, for example, looks straight ahead and tightly clutches her purse in fear of the line of Mexican and Central American asylum seekers at the border.

The young boy’s empathy is real. This Mexican kid knows who he is and what he comes from because he absorbs his parents’ compassion—and because they teach him by word and example his responsibilities for his gente. This kind and generous child—of kind and generous parents—is learning that he is part of his gente and his gente are part of him. My Two Border Towns and Mis Dos Pueblos Fronterizos tell an important story.

Compassionately written and beautifully illustrated, both Spanish and English versions are highly recommended for all home, classroom and library collections. 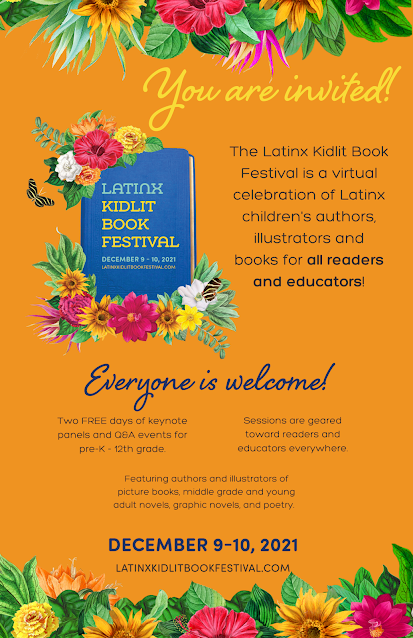