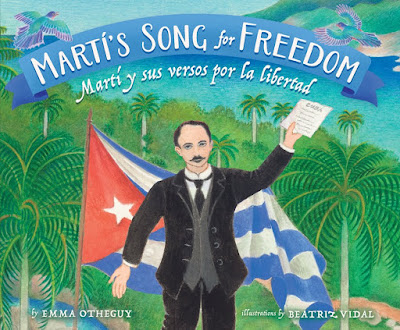 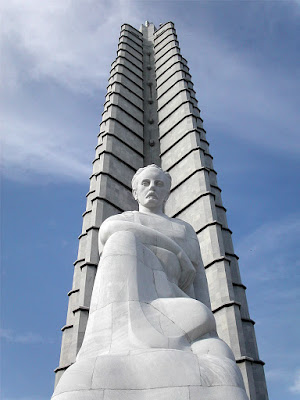 Every Cuban child knows the lyrics to the folk song, “Guantanamera,” the national song of Cuba. “Guantanamera” is an adaptation of several stanzas from José Martí’s Versos sencillos (Simple Verses), the last of his works to be published before his death in 1895; and since the American folk music revival in the 1960s, “Guantanamera” has been popular in the US as well.

A fierce yet gentle poet-revolutionary who fought against all forms of injustice, from slavery to colonialism, José Julián Martí Pérez is a national hero of the Cuban people. His many writings, along with thousands of images of him—in books, paintings, drawings, posters and on statues—can be found all over Cuba, and a gigantic marble memorial to him stands in Havana’s Plaza de la Revolución.

As a young man, Martí—affectionately called “Pepe”—found himself at the apex of what was to become a great struggle for the liberation of Latin America from Spain, and US intervention as well. He continues to be adored by the Cuban people and all who work for justice, and Marti’s Song for Freedom / Martí y sus versos por la libertad is the story of his early life, his first encounters with oppression, his organizing in Cuba and the US, and his joining the armed struggle for freedom.

In a series of paired stanzas, Otheguy and Domínguez each tell portions of Martí’s life and struggles in the style of Versos sencillos, his most famous work. Especially appealing are the placements of the English text and translation of a verso alongside the Spanish translation and one of Martí’s original versos, so that both hablantes and English-speakers can look from one to the other and examine them together.

Marti’s story faces Vidal’s full-page, gouache folk-art paintings, rich with detail, that vividly portray the lush Cuban countryside, the horrors of slavery, and the multicultural and multiethnic mixes of the Cuban people. This diversity of people and their lives is subtle yet clear, and Vidal makes these complicated issues visually accessible to young readers:

• As a threatening white overseer, whip in hand, glares at enslaved African people who are chopping and bundling sugar cane, a young Martí, nearby on horseback, watches helplessly. 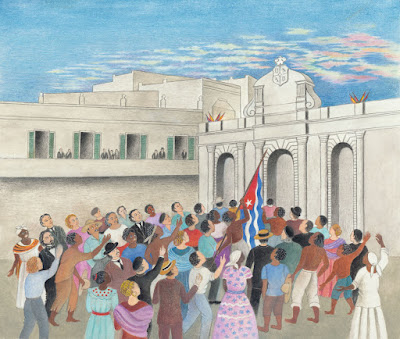 • While a young Black peasant raises the Cuban flag, a throng of protestors—Black, Chinese, Mestizo and white; country folk and city folk; unemployed, homeless, low-wage workers and some with means—gather at the Spanish Governor’s Palace in Havana, demanding justice.

• As Martí and some friends, all well-dressed and light-complected, distribute political pamphlets—mostly to interested white people—a homeless Black man carries all of his possessions on his back. While a young, well-dressed Mestiza looks towards him, one of Martí’s friends offers him a pamphlet, but he averts his eyes.

• At a crowded indoor rally in Nueva York, workers cheer an older Martí, who is standing in front of a large Cuban flag and speaking about freedom for Cuba. But in the street, as he attempts to hand out pamphlets, the white people ignore both him and a beggar and his dog at the curb.

More than anything else, Domínguez’s beautiful translation not only captures Martí’s words but also takes the spirit and passion of his verses into another realm. Indeed, she crosses the boundaries of what is often seen as “acceptable” in kid lit. On a personal note, it irks me that children’s book publishing generally regards translators as less important than authors and illustrators. Here, for instance, the inside back cover shows photos and bios of the author and illustrator, but not the translator, who is clearly an equal contributor.

Although the life and work of this great revolutionary and champion of human rights is not told in its entirety here, Otheguy provides significant information in an afterword on Cuba’s history, a brief author’s note, a selected bibliography, and excerpts from Versos sencillos in the original Spanish and an English translation.