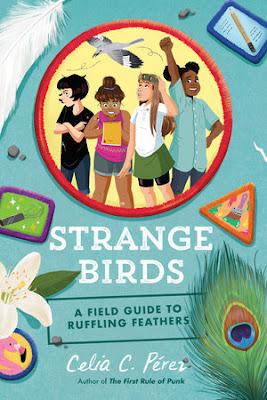 Some 150 years ago, wearable taxidermy—specifically, dead birds or bird parts affixed to women’s hats—were so popular among wealthy patrons of the high-end fashion industry, that they helped bring about the decline of several species, such as the snowy egret and the common tern. In the US, this problem was especially acute in Florida; and it took a particularly strong and vocal group of women to take a stand against this wholesale slaughter of the US wild bird populations. 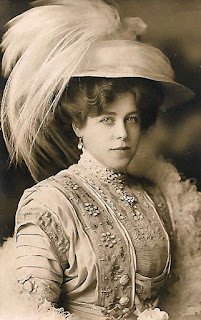 In 1886, American writer and poet Celia Laighton Thaxter penned an impassioned article that was later reprinted for the Audubon Society of the State of New York. Her piece, entitled, “Woman’s Heartlessness,” read, in part:

I would the birds could all emigrate to some friendlier planet peopled by a nobler race than ours, where they might live their sweet lives un molested, and be treated with the respect, the consideration, and the grateful love which are their due. For we have almost forfeited our right to the blessing of their presence.

But still we venture to hope for a better future, still the Audubon and other societies work with heart and soul, to protect and save them, and we trust yet to see the day when women, one and all, will look upon the wearing of birds in its proper light,—namely, as a sign of heartlessness and a mark of ignominy and reproach.(1) 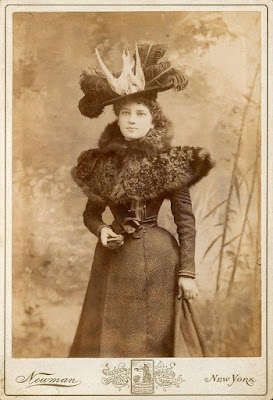 In 1918, the struggles of these women activists bore fruit, and the Migratory Bird Treaty Act was signed into law. One of the first National Audubon Society’s victories, the MBTA has saved millions, and possibly billions, of wild birds. However, although it became illegal to hunt birds to feed the fashion industry, it was—and still is—legal to keep the “surviving” hats.

Fast-forward to now. In the wealthy community of Sabel Palms, Florida, one of these hats—to wealthy white tradition-bearers, a symbol of the reverence for high fashion at any cost—becomes the focus of a new (or continuing) battle. A hundred years after the Migratory Bird Treaty Act became law, a Girl Scout troop called the Floras maintains a beauty pageant of sorts, in which the winner gets to wear the “Flora hat.”

During the summer before seventh grade, four girls—outraged at the notion that an antique woman’s hat, adorned with the bird feathers that symbolized and romanticized wealth and privilege in a bygone era, continues to be used as an icon in a beauty contest—learn about history, community involvement, activism, and social justice—and how their own stories connect with those of each other and with the community.

The girls, whose family histories are ethnically, culturally and economically disparate and yet whose realities are intertwined, see themselves as outsiders, “strange birds” who find each other and come together in this place and at this time in a quest for community change and social justice. And at the same time, the “Miss Floras Contest” and the “Floras hat” mean something different for each of them:

As the four girls, who call their secret group “An Ostentation of Outsiders and Others,” (2) come together in the struggle and take a look at themselves and how and where they’re positioned in their communities, they—and readers—soon realize that, in deciding to become visible activists, some are more at risk than others. And sometimes—as is common with institutional racism—it’s up to one of them to educate the others. Aster tells the others, for instance:

My grandpa says people find reasons and ways to oppress other people based on color and language and anything else that makes us different from one another. It’s how the rich and powerful stay that way, by dividing people.

And, part of being an activist is this: “Knowing when to stop depends on how much you’ve done, how much you care, and how much you’re willing to risk.” And later, he says, “Sometimes the desire for change is bigger than anything else. It has to be.”

In this fast-moving and satisfying adventure story in which plans sometimes go awry and chaos sometimes ensues, Pérez gives each girl her own character arc and friendships become strong. For middle readers, Strange Birds opens up an important and nuanced discussion of race and racism, class and classism, and a deeper understanding of the relationship between intersectionality and activism. And, no less important, as Pérez writes, it’s about “four individuals discovering truths about the world, about themselves, and about friendship.” Strange Birds is highly, highly recommended.

(2) In ornithology, a flock of peacocks, peahens and peachicks is collectively known as an ostentation.
.