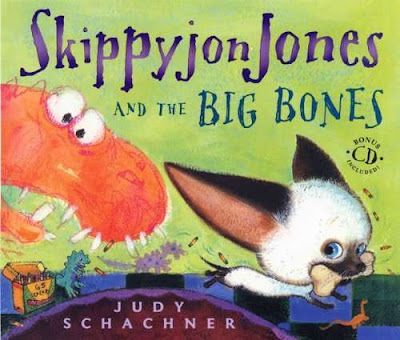 When I was a child, Isaac Bashevis Singer was my favorite storyteller, and he remains so today. Born in Poland at the turn of the 20th century, Singer always wrote and published in Yiddish—because he thought that when all the Jewish souls came back, they’d probably like something good to read—and later edited his stories into English versions.

Some of my favorite of his children’s stories took place in the fictional stetl he called “Chelm,” in which all of the Chelmites, but especially the elders, were fools. His use of Yiddish—which I understood pretty well because it was the language my maternal grandma, my aunts and my mother spoke when they didn’t want me or my younger sister to understand what they were saying—was rhythmic, with a cadence that was easy to replicate. “Chelm” was pronounced with the gutteral “ch” and, although I never identified with the ridiculous elders—Gronam Ox, Dopey Lekisch, Zeinvel Ninny, Treitel Fool, Sender Donkey, Schmendrick Numskull, and Feivel Thickwit—I enjoyed their foolish solutions to everyday problems. In one story I remember, Chelm had a shortage of milk, so the elders, after much pondering and discussion, decided to call “water,” “milk” and “milk,” “water,” thereby making sure there would always be enough “milk” for everyone.

Singer’s Chelm stories showed children how not to solve problems by demonstrating Chelmite problem solving. The primary audience for his children’s stories was Jewish children, and he never mocked immigrant Jewish cultures or the Yiddish language itself. There were no fake dialects and no invented words or phrases. And even when Singer’s stories had been translated into English, the “Yiddishisms” remained intact.

Because he wrote his stories in his primary language and situated them in his own culture—and because Isaac Bashevis Singer was a brilliant writer, I doubt that this kind of work could be replicated by a linguistic or cultural outsider.

So, what does all of this have to do with Judy Schachner’s Skippyjon Jones books for children? It’s all about land, language, culture and community.

Skippyjon Jones did not appear in a vacuum. His cultural roots stem from other well-known stereotypes of Mexican people, nourished by NAFTA and the immigrant-bashing and modern English-only movements.

In 1953, “Speedy Gonzalez” came along. Speedy was a cartoon mouse who had the ability to run really fast and had an exaggerated Mexican accent. He wore an oversized yellow sombrero, white shirt and pants, and a red bandana, and ran circles around his nemesis, Sylvester the Cat (“the greengo poosygato”), while shouting, “Arriba! Arriba! Andale! Andale! YEE-HAH!”

In 1967, the “Frito Bandito” appeared on the scene. This cartoon mascot for Fritos Corn Chips was dressed as a “Mexican bandit” and sang, to the tune of the traditional Mexican song, “Cielito Lindo”: ¡Ay, ay, ay, ay! Oh, I am dee Frito Bandito. I like Frito's Corn Chips, I love them, I do. I want Frito's corn chips. I'll take them from you.”

In 1997, the Taco Bell Chihuahua was born. He was a real Chihuahua who was sometimes costumed as a Mexican revolutionary, sometimes as a sombrero-wearing “bandito,” and sometimes as just a street-smart Chihuahua. The main catchphrase of the ads was “¡Yo quiero Taco Bell!”

Speedy Gonzalez, the Frito Bandito, and the Taco Bell Chihuahua are gone now, but their legacy lives on in Skippyjon Jones, a cat who transforms himself into a Chihuahua and throws around made-up Spanish words that are condescending and mocking to Mexican and Mexican American people and the Spanish language.

So, let’s get to the books. As an example and because this stuff gives me the dry heaves, I’ll review just one: Skippyjon Jones and the Big Bones.

Skippyjon Jones (the Siamese cat) wants to be a paleontologist, so he digs up his neighbor’s dog’s bones, puts on his cape and mask, emerges as “El Skippito Friskito,” and begins to sing:

Deep within his closet, the alleged fun begins, as Skippito meets up with his old friends, “los Chimichangos stinkitos.” They are toasting “los marshmallocitos prehistóricos” that are hard as rocas because they are “fossilitos.”

“Fossilitos, schmossilitos,” declared Poquito Tito, the smallest of the small ones. “We want to see los dinosaurios with our own ojos,” he said, pointing to his eyes.
“¿Por qué? asked Skippito.
“Because, Bobocito,” said Don Diego, the biggest of the small ones, “We hear they are reelly, reelly beeg, dude!”

Hearing the news, the Chihuahuas go “insane-o” and sing:

Soon, there’s an “earthquake-ito” and the Chimichangos begin to rumba around a “T. Mexito.” Skippito warns them that they “will be crushed like crispitos beneath the dinos’ toes-titos!” So Skippitito lets out a big “Jurassic-o bark,” and the “T. Mexito” thinks the Chihuahua is a “Skipposaurusito,” and the dinosaurs go “extincto.”

I’ll stop the narrative here. Schachner’s expressive acrylic and pen-and-ink illustrations, on a palette of bright, bold colors, would be very appealing, were it not for these godawful stories themselves.

I’m not sure why the reviewers from the major review journals find these books funny, and apparently think that made-up Spanish words are “Spanglish.” FYI, for those who don’t already know: Spanish is a complex language, with the same parts of speech as English, and with similar grammatical rules. Spanglish is a flexible language that jumps the barrier, a blend of Spanish, English, and sometimes Caló, a Chicano-based street language. The gifted Chicano poet, José Antonio Burciaga, often constructed poems in Spanish, English, and Spanglish—and sometimes entirely in Caló.

The bottom line: Adding “ito” to an English word does not make it Spanish. Further, you don’t just make stuff up and call it “Spanglish.” Mocking someone’s language and culture in this way is not “silly,” it’s racist. The Skippyjon Jones books and materials are insulting to Spanish-speaking children who are learning English, English-speaking children who are learning Spanish, and their parents and communities.

But more important, they prepare young children to accept immigrant-bashing, stop-and-frisk searches, the forced breakup of Mexican families, the impoverishment of farmworkers, and the racist campaign against the Mexican American students in Arizona.

Indeed, the Skippyjon Jones “industry” is a model for how racist stereotypes are marketed to young children. If Judy Schachner is capable of any shame, now would be a good time to post a public apology, shut down her business and turn over all of her profits to the courageous young Mexican American students in Arizona who are fighting to liberate themselves from the racist “education” they are receiving at the hands of the Tucson Unified School District.