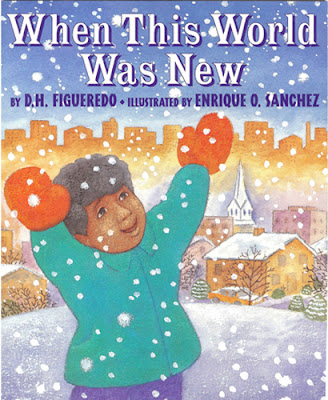 Years ago, I used to teach cultural universals by showing young children how to research their own and each other’s cultures. They’d talk about what they’d like to find out about their parents: What kinds of games did they play? What games did their parents and grandparents play in the countries they came from? We’d also research things, such as what kind of work their relatives did, what languages they spoke, what foods they liked to eat. Initially, the children would find out the similarities and differences between themselves and their older relatives and their classmates—and that people are generally more similar than different. Ultimately, this kind of research makes it easier to study peoples who are very different from theirs, and allows them to put these differences into a social and cultural context.

Every culture has things that they do that are similar to every other culture. When you bring together children from various cultures—and encourage them to talk about their cultures—they find much more commonality than difference.

None of this happens in When This World Was New. Here, a young boy from a Caribbean island somewhere where Spanish is spoken emigrates with his mother and father to somewhere else where English is spoken. They meet the boy’s uncle, who sets them up in an apartment, gives them food for a week, and finds the father a job in a factory. This new place has snow. This child has never seen snow before, and he doesn’t know how to walk on ice. But, with his father’s help, the boy’s experience with the snow gives him confidence. The unstated moral is that your circumstances may change but things will probably work out.

A perusal of the back matter, CIP data and dedication—none of which children will see—reveal that the family has emigrated from Cuba to New York.

When This World Was New is a “universal” story, but there is no culture, other than the family speaks Spanish. In an attempt to tell a universal story about moving, the author disappears the social and cultural contexts, and leaves young readers with questions: Where is this child from? Where is the rest of his family? Why did he leave his country of origin? Why is he now in the US? How will he do in school? Young readers who have migrated or emigrated here might have additional questions: How come it was so easy to find plenty of food, a nice place to live and a good job?

This story doesn’t require, or even encourage, any complex thinking. But young children have complex lives and are capable of understanding complexity in other people’s lives. And that’s how you foster compassion: by showing other people’s lives in a way that children can relate to—without taking away the story.

Rather, by creating a “universal” story, the author ignores all the issues and the lived realities that often confront migrant and immigrant children. There’s no culture shock because there’s no culture, only the shock. When This World Was New is as bland as Pablum, but less nourishing. Although I like Sanchez’s soft acrylic paintings, I can’t recommend this book.